Q: In your recent blog post, "Playing 3-d Chess with the Absolute" , you have written about "authentic individuality" or soul. I want to know whether by "soul" you mean that which takes rebirth. This is normally not talked about in non-duality, where it is stated that there is no self.

A: Thanks for your very good question. In many teachings of Advaita or non-duality, there is a strong emphasis on the absolute truth. Reality is considered to be that which is unchanging and which never comes or goes. That way of pointing is useful and powerful in pointing awareness beyond appearances and beyond all that does come and go like souls, bodies, objects, thoughts, etc.

I tend to point with a more relative definition of reality. I would suggest that how long something lasts is an indicator of how real or how true it is. So a thought that lasts at most a few seconds is not very real. A body or incarnation is more real. And a soul that lasts through many incarnations is even more real. But all of these are still appearances that come and go within the ultimate reality that cannot be named or described. So they are real, but not as real as the absolute substratum of existence that does not come or go.

A nice metaphor is the ocean. The depths of the ocean are relatively still and unchanging, while up on the surface there are lots of waves that come and go. In my way of seeing, the waves do exist, but only for as long as they are individually happening. However, when you are being tossed to and fro by the waves, there is no question that they do exist, just as when you have taken birth as a body, there is little question whether that body exists for you. And also there is no question that when the waves subside or the body dies, that they no longer exist.

The soul is like the deeper currents that are also moving and changing and yet have a tremendous effect on the appearance of many waves. These currents persist for a much longer time than any individual wave, and can generate many different waves over time. These currents would have much more effect on our journey than any individual wave. And for those who can sense it, there is no question that the soul still exists when the body dies, just as the currents still exist when the waves subside.

Eventually all currents and all waves subside back into the stillness of the deepest water. And surprisingly, the depths are the most intense and powerful level of the ocean of Being that has the most profound effect on our consciousness. Sensing the depths and vastness of the ocean can put the entire journey into perspective and allow us to see that it is all one beautiful play of splashing, flowing water. Since we as souls are also made of that same water, nothing can harm us or do any damage to our eternal nature.

All of these levels or depths exist simultaneously, and they are all one ocean. The biggest truth is that they are all made up of water, but the smaller truths of currents and waves appear within that one vast body of water. The appearance of waves does not contradict the vastness of the ocean, and the existence of the infinite stillness at the depths does not contradict the arising of the currents and waves. These different levels of truth are all true simultaneously, and they are not separate from each other. The currents and waves exist within the eternal ocean of Being.

A good question is what level of truth is functional or useful in this moment. For discriminating how to steer a boat on the surface moment to moment, being extremely aware of each wave is useful and can even keep your boat from capsizing! For navigating across wide stretches of ocean, then understanding and appreciating the deeper currents becomes useful and functional. And for putting it all in perspective and touching the depths of your Being, then it is appropriate to sense beyond appearances and form to the underlying reality of the infinite ocean of water itself. The flexibility to shift awareness between these different levels of reality allows the most appropriate response in each and every moment to the ever-changing and yet also eternally unchanging experience of the ocean of Being. There is no right or wrong level of truth, there are just all of the different experiences of water here for us to explore. Both the depths and the surface are wet, and they both can be refreshing and rich to play in. 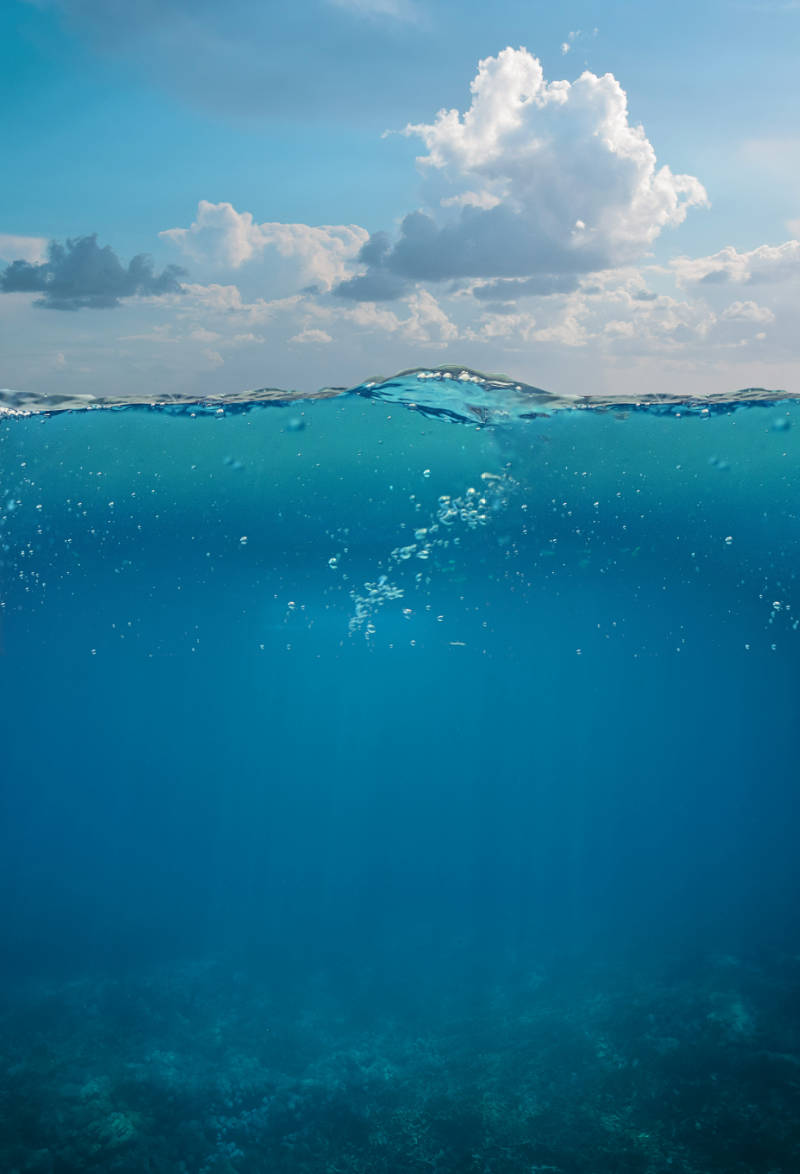