Q: I was hoping you could answer this, as no one seems to address it:  In the statement, "I am identified as ego," -who is the "I" mentioned here.  It could be the ego identifying as itself but then what is the True self doing?  Is the True Self asleep?    Also when someone says, "I am identifying as the True Self", or "Awareness","Nothingness" etc., who is the "I" here, it can't be the ego (not in genuine awakening anyway).  It could be the True Self identifying as itself but really the True Self seems to not identify with being anything. I hope this makes sense.  In a related area-it seems the ego must exist, it can't just be an illusion as it seems to need healing, even after we wake up.

A: These are really good questions. It is easier to start to understand them if you hold the possibility that there are several different levels of truth that are all true at the same time, similar to how on a cloudy day it is simultaneously both cloudy on one level, and sunny if you fly above the clouds.

So there is an ultimate "True Self" or true nature that is not really identified with anything. And there is also an ego that has all kinds of thoughts that at least try to identify itself somehow. The ego can identify with your looks, your car, your favorite sports team and all kinds of equally superficial stuff. And in between these two levels there is also an authentic individuality that is more translucent and permeable than the ego, but not as empty and vast as the true Self. They all operate at their respective levels and to some extent they can also affect other levels.

I think that most of the time when someone says they are identified as the ego, it is the authentic individuality that is conscious in the moment of the excessive activity of the ego. In some traditions, this is the called the soul or "the pearl without price". This soul can also identify as the true self in a moment of awakening or more expanded awareness, in which case there would still be a sense of individuality along with a profound sense of a larger reality.

There is not a lot you can say about the experience of your ultimate true self in the absence of any identity or identification. There is not even a self at that level to experience anything, so it is an "experience" that is empty of all experience!

And yes, the ego does "exist" at the relative level at which our body and mind and thoughts exist. Strangely, at the same time that the ego does exist, it also does not exist at the "higher" or more complete levels of truth. At the level of absolute reality, the ego does not exist and has never existed! And in between these two levels, at the level of the authentic individuality or soul, the ego is still present, but its existence is seen to be pretty flimsy and insubstantial. Ramana was asked once if he still had an ego, and he said yes, but that it was like a burnt rope. It could no longer bind or restrict him because it was so flimsy and insubstantial.

But the level of the body and mind where the "ego" operates does not disappear even when someone has a full opening into a more absolute realization, or when there is a fuller realization of the soul. Your body and mind do not literally dissolve or melt away. In a big realization, the ego is seen to not be real or not very real, and then as life continues to unfold, the ego "reappears" when the circumstances of life trigger the remaining conditioning in the body/mind and bring you back into a more relative perspective. This happens less for someone who has healed a lot of their conditioning and happens a lot more for someone who has not done much healing work, but it seems to pretty much happen at least sometimes for anyone who still has a body/mind.

This all unfolds like some really wild and illusory 3-dimensional chess game where you can not even see all of the levels that are affecting the game moment to moment. And our little ego is playing against an infinite and grand master of illusion. No wonder it is so hard for the poor ego to ever finally and completely win! 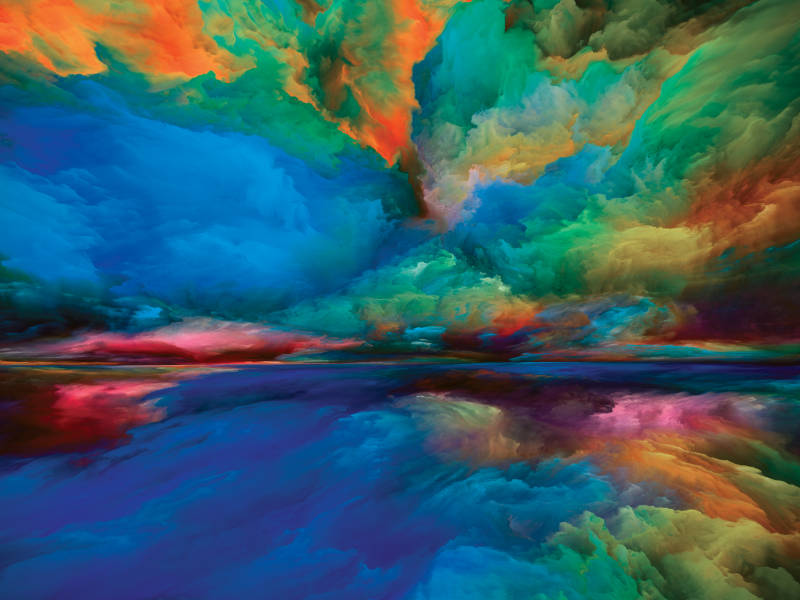 What Christ Consciousness Transmission Is and Is Not

Don't Brush Your Teeth with a Hammer

Interview with Nirmala about Healing and Awakening

The Flower of Spiritual Awakening