Q: I'm getting such a heavy dose of the Law of Attraction from a friend. It's really wild stuff, and he is so evangelical. I want to be open to anything that might help me, but I had no idea this guy was so crazed with it. He's really looking for disciples. I'm wondering if you have any reflections to share about the whole Law of Attraction thing.

A: The idea of creating your own reality is another case of many levels of truth. It is true on some levels that what we think or choose does affect what happens. But it is much more complex than that as there are several other levels of truth operating at the same time. There is also what Divine Will or Intelligence is choosing or creating in every moment. These different levels all interact and weave in and out.

If someone focuses on the moments where their thoughts do appear to manifest, then they can form a belief that they are in control of their experience. And that belief is true.....it just is not a very big truth. But it does have some truth, and relative to a belief that you are just a victim of random circumstance, it is actually a bigger truth. But relative to a sensing or even believing in a larger and benevolent force called Grace that is unfolding life, the belief in manifesting is simply a small or incomplete view of what is really going on.

Again there are many levels to all of this. One teacher I listened to recently suggested that even when our thoughts create our experience, it can be very tricky. Let's say we want to experience abundance, so we practice thinking lots of positive and manifesting thoughts about creating abundance in our life. But it is possible that our higher self knows that the most direct path for us to experience a true and abiding sense of abundance is for us to lose everything we own. Guess which reality will actually manifest.....the one being manifested by our higher intelligence. It will not look anything like what we wanted to create, but in the end, it will bring about the most profound sense of true abundance we could experience.

This is just one simple example of how the different levels of truth interact and all combine to create each moment's reality. The ideas in the Law of Attraction have focused narrowly on part of how this all unfolds, and just like a broken clock is right twice a day, those ideas sometimes appear to work. In those cases, the divine plan and the ego's plan happened to be in alignment. But life moves on and at some point, the same practices that worked so well will often suddenly stop working altogether. This can be quite a shock to the person who has been riding a wave of successful manifestation.

As you can probably guess, this is why you can encounter people who are so evangelical about something like the Law of Attraction. It is working like magic for them at that time in their evolution, and so of course they are convinced it is the absolute truth, and that everyone just needs to be converted to their beliefs in order to have the same success and results. It is interesting to see how they adapt...or don't adapt....when the Divine has a new plan for their evolution :)

I am going to include here an excerpt of a new book, All Grace: New Teachings by Jesus on the Truth About Life  by my wife, Gina Lake, that was released recently. In a nice synchronicity, the first chapter of her book directly addresses your question. I hope it is helpful. Here is the excerpt:

In the flow, there is no me to think about itself. The flow happens in the absence of thought or despite any thoughts that might be present, particularly thoughts about me. Since self-reflection is absent or at a minimum, being in the flow feels natural, simple, and problem-free. It is how life can be lived most of the time once you realize one thing: You are not in control of life, and you don’t need to be because your infinite self is! This is another truth about life.

You only think you have more control than you do, and you want control. But wanting something doesn’t equal having it—or needing it. You have less control than you think and more than you need. In other words, you don’t have much control and you don’t need it.

People are under the illusion that they can control things they can’t actually control. For instance, they think they can control how healthy they are by what they do for their bodies. However, your knowledge about the body is so limited that attempts to determine your health are also limited. So much of one’s health is governed by subconscious processes and genes, which are not under your control.

A lack of knowledge is not the only thing that stands in the way of greater control. Perfect knowledge would still not give you control. In addition to there being a higher will and a higher plan at work that trumps you own will, the nature of life is simply too complex to be controlled.

This is not intended to discourage you from trying to get what you want, but only to help you see that you are not to blame when you don’t get what you want. If you think you can control life and you aren’t able to, the conclusion is often that you failed, that you are inadequate. Your failures to control life are taken personally. But more often than not, whatever you wanted was simply not meant to be, for one reason or another. It was not in the cards.

Cards are an excellent metaphor for the complexity and unpredictability of life. However, cards are more random than life, since life has a plan and a guiding hand: Grace. In life, you could say that the cards are rigged in favor of the house.

In life, the factors that create any situation or event are like the cards that get played by the various players involved. Because the players have free will, what card will be played is never known, until it is. Although certain cards are more likely to get played than others, you never know! Many factors influence what cards gets played and if a card gets played. Then whatever card is played determines the next card or cards that are played. The order in which the cards fall is everything. What came before can’t help but influence what comes next.

In life, many factors contribute to someone taking a certain action and when, or not acting. Although people have free will, no one has that much control over even their own choices, given the power of conditioning and how easily influenced by others people are. People’s choices are determined by both immediate factors, such as their thoughts and feelings and the influences around them, and by less immediate and direct factors going back in time.

The vast array of factors involved in creating any situation are determined by many previous events and countless people with their various conditioning and perceptions, all of which are outside of not only your control but other people’s. The causes that shape any situation or event are impossible to pinpoint or enumerate, as essentially everything that ever happened throughout history contributed to the way things are, to the cards falling as they did.

Can you create a certain outcome with your thoughts alone, as so many believe? If something went wrong, could it have been avoided by thinking more positively or by not thinking something? Possibly. But, as just pointed out, one’s thoughts are just one factor involved in the creation of reality.

Your thoughts do matter; they just aren’t responsible for creating all of reality. Thoughts color your experience of reality and so also influence your choices and behavior, but thoughts don’t singlehandedly create reality. The world is not designed to comply to your thoughts about it. The fact that life occasionally does comply to your thoughts, doesn’t mean that life is meant to or that you can make it comply through sheer discipline and will. This belief is the ego’s fantasy and, for many, a source of great suffering.

(Excerpted from All Grace: New Teachings by Jesus on the Truth About Life  by Gina Lake.) 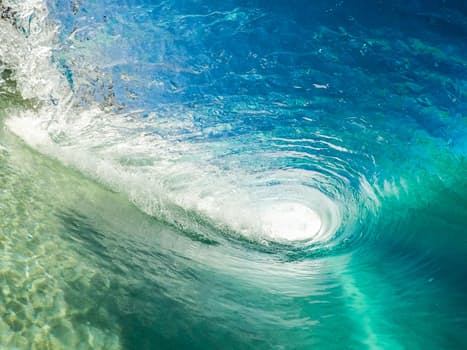 Desires are like a compass that points in all directions.

Free Will Is a Part of Divine Will

Following Desire Back to Its Source

Knowing and Not-Knowing at the Same Time