What a Long Strange Trip It's Been

What a Long Strange Trip It's Been

I just had an interesting email conversation with a new friend about the importance of flexibility in our consciousness, and how the idea of "better" can be limiting if it is believed too rigidly. Here is my most recent message to him:

Advaita and also the idea "There is no better or worse", are pointing to very big truths. It can be very expansive and liberating to see how there is ultimately only one thing here and how there is really no better or worse. This is especially liberating if we have been stuck for a while in a more limited view of separation and in a desperate search for a "better" life.

But then you can get stuck in "It is all one" and "There is no better or worse". True flexibility means being able to see the bigger truths and then to also be able to contract down to a limited identity as a separate somebody, and so to then also be able to practically and functionally work to make things "better".  The ideal is, as you say, to move freely between these polarities. Then you can work to make things better and also accept when it does not work. Or you can sometimes just rest deeply for a while in the place where it is all perfect.

Most people are more stuck in the limited, smaller viewpoints, which is probably why a lot of spiritual teachers and teachings point to a bigger viewpoint. But ultimately the biggest freedom is when you can move freely between any and all viewpoints, and it does not even really matter what viewpoint you are experiencing right now, because you know deep down that it is just a viewpoint, and it will change again soon anyways.

I also sense that the smaller ideas, viewpoints, identities are all contained in the biggest truths. True transcendence includes everything, and does not leave anything out. Awareness can be like a zoom lens and either focus in on a part of the whole, or zoom out and take in more of the complete whole. But in either case, the smaller part of the bigger reality is still here and still does exist to some degree. Even our thoughts have a kind of existence as neurons firing in our brain, although it is a much smaller and briefer existence than we usually realize (and so thoughts are much less important than we usually think).

Most of our "problems" are when we think a small truth is bigger and more important than it really is. When we are zoomed in, our problems (and our thoughts, ideas, worries, beliefs, fears, hopes and wishes) look much bigger than they really are, just like when you are looking in a microscope. Again, this can be useful as a temporary focus of attention, but when we get stuck there, we "lose perspective". And while it is less common, I do encounter people who are stuck in the zoomed out perspective, which can be liberating at first, but then can also become limiting when it is no longer possible to zoom in and focus when needed.

Just for an example, for years I have had a hobby as an audiophile using headphones. It is fun to tweak my system to try and get a "better" sound, although mostly I find that if I change something it just sounds different and not really better. What I think is "better" is always changing anyways. The real trick is to enjoy the journey and not get attached to the results, and for that it is very helpful to take a step back and zoom out. In those moments, I often feel a deep appreciation for every experience and everything I have tried with my headphones. It reminds me of the beauty and mystery of hearing and music and electronics and everything else. And it can free me to "zoom in" and be very curious again as to how making another slight change to my system will sound.

One of the great things I encountered in my headphone journey is a couple in England named Peter and May Belt who have a very different approach to the audiophile journey. One day when they were listening to their stereo, Peter (who is an audio engineer and so has a very nice stereo) noticed a stain on the coffee table. So he went out to the garage and got some stain remover he had. The stain remover did not work, but when he sat back down to listen to his stereo, it sounded terrible.

They have gone on to try all kinds of weird experiments and basically they have found that everything in our environment affects the perceived sound of a stereo. They have found that even tying knots in the electric cords in your room, or aligning the screw heads in the switch plates on the wall can affect the sound of music that is playing. Their theory to explain this is that everything in our environment affects us energetically and therefore affects our ability to hear. So it is not that a chemical that you rub on the coffee table somehow magically affects the sound coming out of the stereo, but rather that the presence of that chemical in your environment affects you in a way that either increases or decreases your ability to really hear the music coming out of your stereo.

This all points to both the smaller truth of all of the infinite number of  small ways you can affect a stereo (for better or worse depending on how you define those terms) and also the bigger truth that we are all connected and that everything affects everything else. So it is "evidence" for the experience of something potentially being "better" or "worse", and yet it is also "evidence" for the idea that this is all ONE reality that everything is so deeply connected that these mysterious effects occur whenever we change even the slightest thing in our environment.

As the album title says, "What a long strange trip it's been".....and most likely will continue to be! 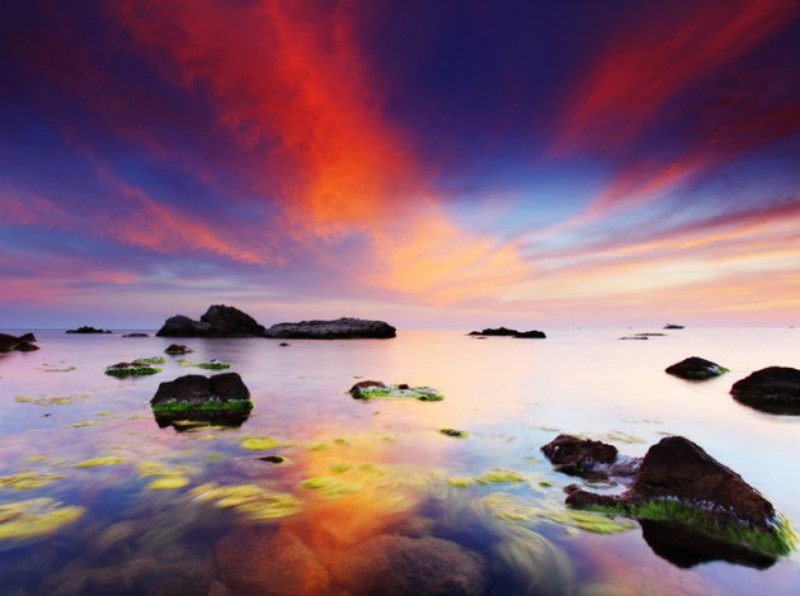